The time grows close for the release of Conqueror 940 AD. I know we wrote that November 6th was the release date but we are pushing it one more week to November 13th.

Despite us releasing early access, we want to provide a full game that you can start and complete. We are finalizing end game conditions for multiple endings that we want to include on release.

Our roadmap moving forward is pretty straight forward and plan to release four major updates and hotfixes and minor quality of life updates as the community suggests. The major updates include expansions in Trade, Battle, Tournaments, replayability, and much more. We will crank these out as quickly as possible.

There will be a 5th major update. This update is TBD and will be a conglomeration of what the fans want.

Join our discord to weigh in and add your own features you would like to see. Anyone who first provides a feature first that we want in the game that is not already planned will have their name or username added to the credits as a thank you for helping us make this little game awesomer. 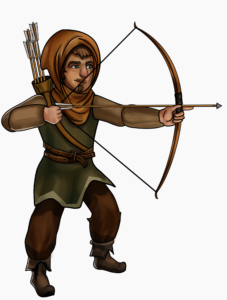